Award winning artist Ravi Kumar Kashi shares his journey towards becoming an artist and talks about his experiments with making the teaching and learning process, a more sensory experience.

Ravi Kumar Kashi is a shy and soft spoken person. That’s until you see the passion with which he speaks about his work. A child like enthusiasm takes over him as he takes me around his studio to show me his latest works. In great detail he explains to me each of the projects that he is working on. And I am struck by the diversity of his craft, and the fluidity with which he moves from one form to another – from painting, to sculpture, to paper making, to installation.  As I spend time looking at his works, I realize the keen introspection that he has gone into each of his pieces and how his works explore important themes from our lives – especially desire, gratification, the mad consumerism that we’re all falling prey to. More importantly, the constant decay that we are seeing in individuals and in our society.

Born in Bangalore, Ravi completed his B.F.A. in painting from Chitrakala Parishat, and M.F.A. in printmaking from the prestigious Faculty of Fine Arts, M.S. University, Baroda. He also has a M.A. in English from Mysore University. He learnt handmade paper-making from Glasgow School of Art, U.K. He also learnt Hanji, traditional Korean paper-making, from Jang Ji Bang, Korea. He is one of the few visual artists who bagged his first Sahitya Academy Award for literature.

Here is an excerpt from the interview with Ravi Kumar Kashi

I was born in Malleshwaram in Bangalore; K C General Hospital which I think is on 4th cross. My house was on 7th cross and my father’s shop was on 8th cross.  So my life as a child revolved around those ten -twelve roads. But within this seemingly small area, I was exposed to a whole lot of things.

The Gandhi Sahitya Sangha , Chitrakala Parishad and Geetanjali Theatre  were places I would regularly hang around in. Malleshwaram also has many temples that exposed me to different forms of traditional music and storytelling. I remember seeing shadow puppetry, Yakshagana and so many other forms of traditional art. The Malleshwaram ground, at that point, was also a significant cultural space.

Right from my childhood, I was attracted to visual art. So I hung around a lot at Chitra Kala Parishad and watched others paint. Also, in front of my school there was a sign board painter who also painted landscapes. So after school I spend a lot of time just watching him. And then there were snake charmers, all sorts of games played on the streets. So, as children we never straightaway went home. We spent a lot of time looking at these things, absorbing them, engaging with them. Unlike today, in those days no one monitored your time. Also this tremendous pressure for scoring marks was not there. You were not judged by your marks alone.

So I think Malleswaram and all that happened around it had a significant impact on my artistic growth. By the time I was 9 years old, I was set upon becoming an artist. At age 12 I displayed some of my works in the school corridor and that in some way, was my first solo exhibition. So that’s how my journey started. 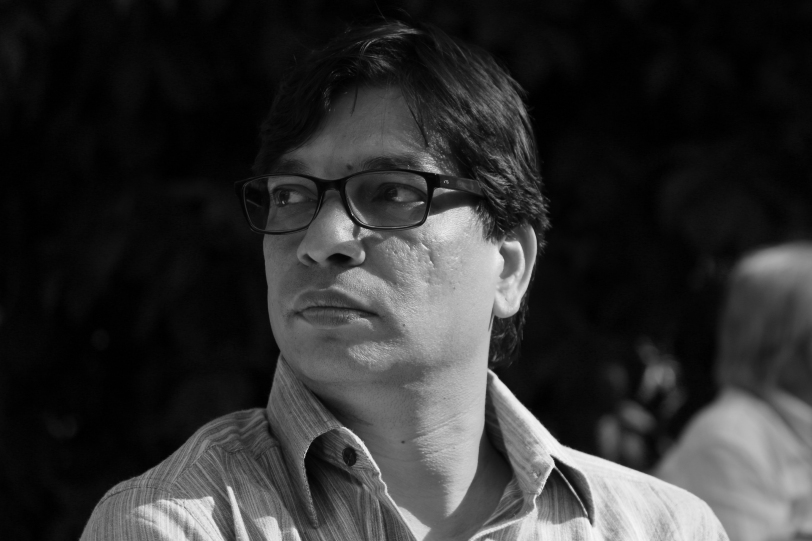 Almost all of my formal art education was based on building skills. We had four main subjects :  still life study, life study, landscape study and composition. We were told that the only difference between still life and life study was that the object in still life would not shake, and the subject in life study, would shake. So our teachers were not able to give us any insight beyond this. Even while sketching life study, we were not able to relate to our subjects as an individual human being – we were only taught to observe proportions, the tone and texture of skin, the light and the shadow etc. We didn’t realise that in that process we were in fact highly objectifying our subject. It took me many years to break out of this conditioning, and transgress these boundaries.

Let me give you an example. I have a friend from art school who is now a farmer in Hassan. He has great skills as an artist. He came from this traditional art school background. He is very passionate about farming, and he gives names to all the banana trees that he grows, over a hundred of them. He talks to them, sings to them and knows them as individuals. He was interested in painting landscapes of his fields, but was distressed that he was unable to do so. I told him that what he has is portraits of banana trees. If he is able to paint them as individuals, then he will have a hundred portraits. He began to cry. He was so moved.

Suddenly, something had drastically changed for him. Until then he had seen portraits and landscape as two different entities. He hadn’t seen a portrait in a landscape or a landscape in a portrait.        I felt this hard coded distinction was the doing of the education system we had experienced. And my friend had lost a few years, because the system could not create a layered learning process.

I started to teach when I was still studying.  I would go to houses and teach children to draw and paint. But it was in 1994, that I joined R V College in the Architecture Department. But I didn’t want to retire as a lecturer. I was interested in giving time to my own projects. I resigned in three years, but continued to be a visiting lecturer until 2004.  During this time I took a break, I traveled and was involved in my own work. And in 2011, after the break, I began to teach again.

But my own colleagues see a huge difference in my first phase of teaching and my second stint. Soon after I joined the college, I gave a two page note to the Head of Department detailing what I envision for myself and my students, the changes that I wanted to bring in the system and what I recognized as problems in the existing system.

For a teacher, especially an art educator, it’s important to have your own practice and keep growing at an individual level. Most art educators stagnate in their positions. It becomes a regular job. And then there is only that much they can bring to their classrooms and students. A teacher should always remain a student and retain the humility to learn. 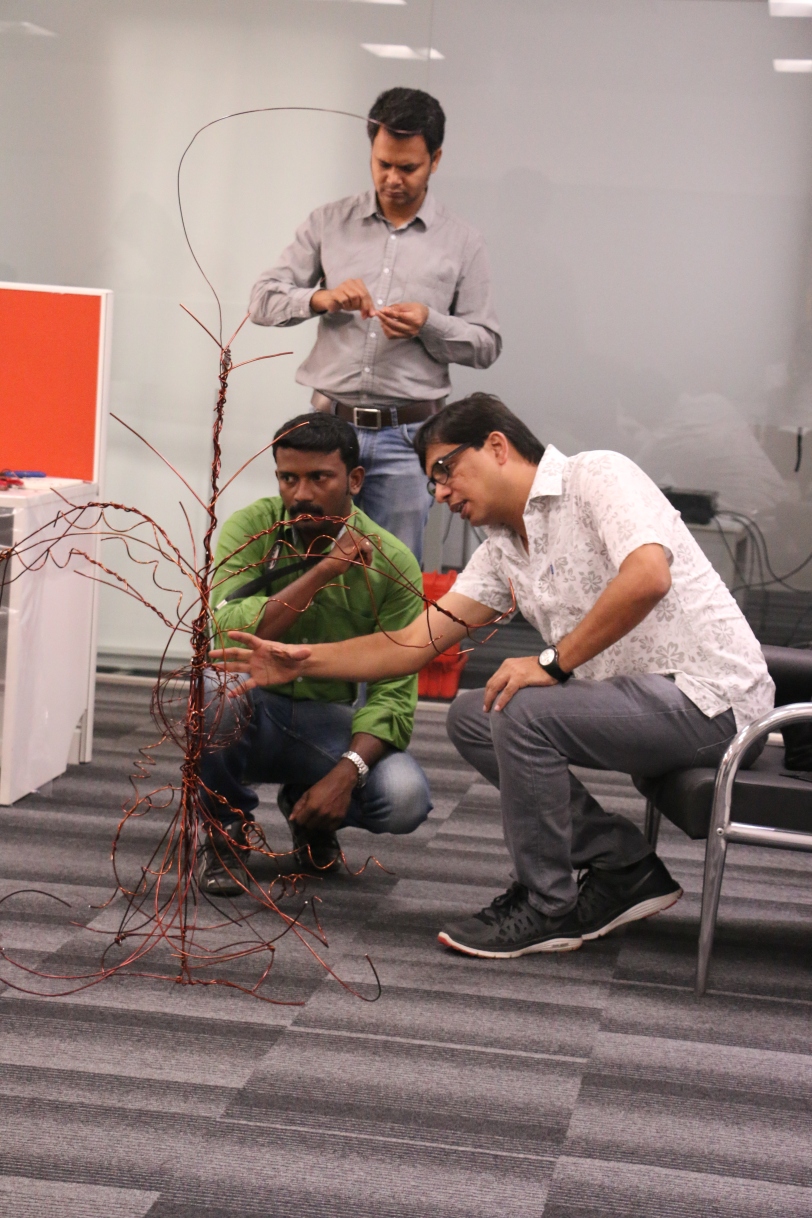 Ravikumar Kashi (R) during a workshop in progress

Can creativity be taught?

Creativity was never taught in art schools. So I told my Head of Department that we should give this a try. That’s when we started to offer an elective course called ‘Visual thinking and Creativity’. It was not graded, and I started to do small experiments with the students. That helped me a lot to understand the process of creativity. Students were also very open to try new things. I also started to notice how some students took to these exercises while others took much more time to open up.

Slowly, I started to see that these exercises as seeds. We were sowing these seeds in our students. Some of my older students are making meaning out of these exercises many years later. Some contact me, some write about it in their blogs. Usually while doing the exercise, they are unable to grasp the gravity of it. But when the time is ripe, like a zip file, it opens up.

You can listen to the complete interview here:

Interview and article by Lakshmi Karunakaran