Colourful Kamanabillu: “OTHERS AND I”

“What should young people do with their lives today? Many things, obviously. But the most daring thing is to create stable communities in which the terrible disease of loneliness can be cured”, said Kurt Vonnegut

Unfortunately though stereotypes, stigma and discrimination around gender and sexuality have made many young people lonely. We are all trained to think in binaries of  one and zero- man and woman, and that’s what the problem arises… Presenting to you, five people challenging gender binaries

Vanika and Suvrita  have been working on a project on gender transgressions and queering spaces titled “Redesigned, Renovated and Refurbished*. ( It was featured at the Bangalore Pride in November and is now being released online. Check us out at- https://www.facebook.com/genderpagesproject/  ) Alongside they are also running a social media campaign  “Gender Queer Badassery”  https://www.facebook.com/events/337633679949850/?ti=cl

“You ride as a man, fight as a man, and you think as a man-” “I think as a human being,” she retorted hotly. “Men don’t think any differently from women- they just make more noise about being able to.” said Tamora Pierce in her book “The Woman Who Rides like a Man. And this is easily noticeable when you meet Vanika and Suvrita

Suvritha is a Psychology Student. And she has been volunteering for YP foundation in Delhi. She has been working on the project called ‘Know Your Body and Know Your Rights’. She loves reading books and enjoys long walks. Vanika is a final year Economics Student from Delhi. She has been volunteering for YP foundations from twoyears. She is working on a project titled  Gender pages which talks about Gender in the depth. She is also an Artist and a photographer.

Anusha Ravishankar on her project “His Alcove” in ‘OTHER’S AND I’ event. 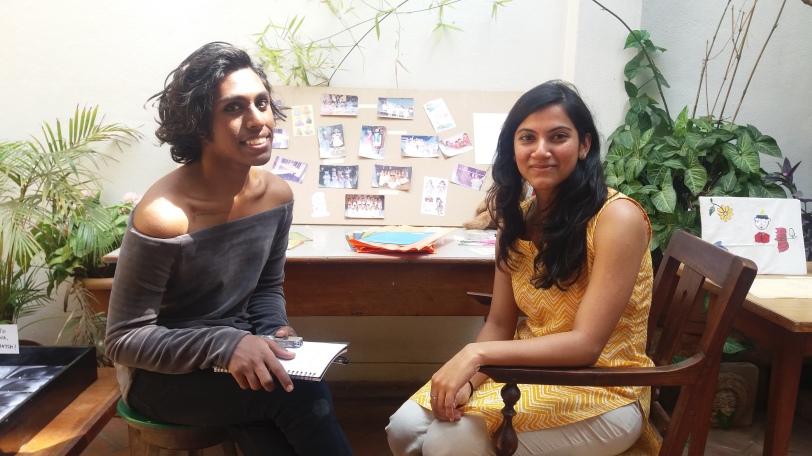 Anusha Ravishankar is working as a Consultant on Arts and Culture Project, Delhi. She is a Theatre Artist and she do Object Installation. She has done her Research in Performing Arts. She is also a Bharatanatyam Dancer.  Take a Listen

Shaunak Mahubani on Tales from Growing Up

Shaunak is a Public Installation Artist, and is keen to work on Queer Rights and Stories in educational institutions .

“Self- Portrait of a Transman, Archiving the Sub-texts of inhabiting homes”, by Chan

Chan is an architect, based in Gujarath. Listen to Chan to know more about the project

Inside Mess by Kannika Agarwal 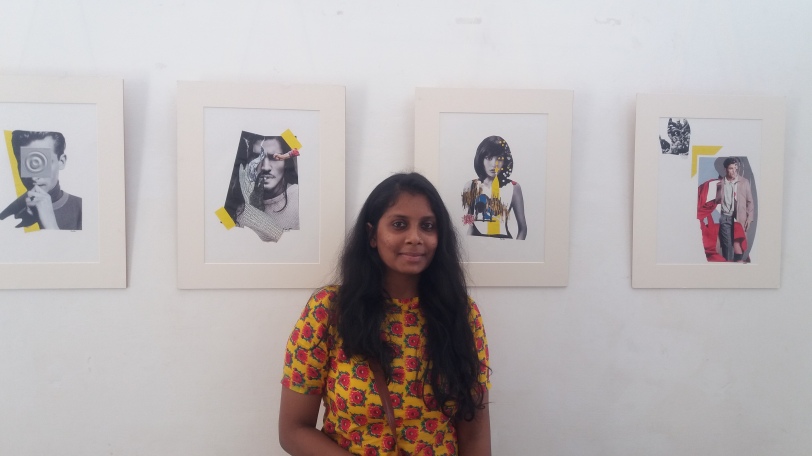 I always thought to myself

Is it right or wrong?

Am I allowed to think that way?

Will it be questioned?

Will I have the answers?

It was a problem

I started to break.

My confidence, my ego, my respect, everything took a backseat. It was a flame. And I was burning in it.

I was desperate to escape ideas haunting me about my existence, my identity.

And as usual, society, who watched my every step,

Made me burn more.

The mess was huge.

But something was changing inside me with time.

While society was busy drawing allegations and fighting what is right or wrong, I began to accept myself. I accepted myself, happily. I accepted my desires, my feelings, my whole being.

It is a struggle and will always be one.

But out of many, one won.

Kannika Agarwal is working as Work Client Servicing Executive in an Advertisement Agency, based in Bombay. Take a listen to her project