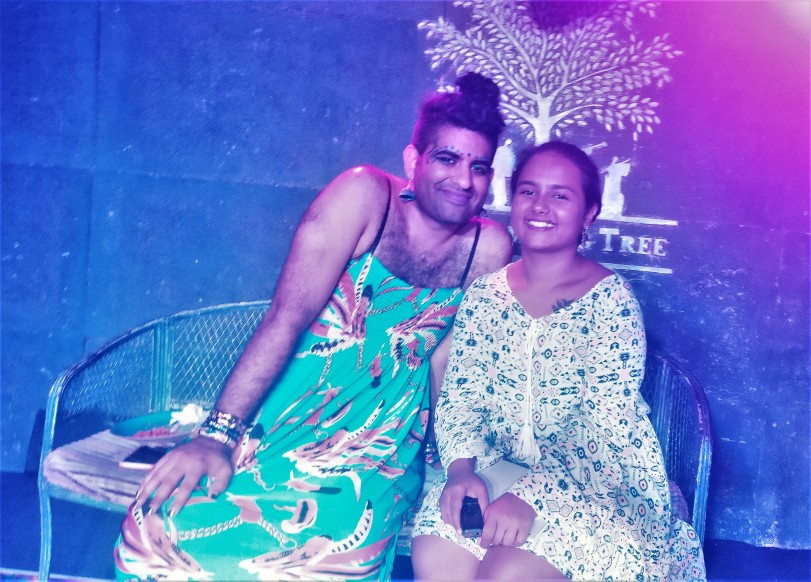 Alok Vaid-Menon is a trans poet and performer. They have performed in locations all over the world, spreading the message of empowerment of the trans community. To Alok, empowerment of the trans community is not their inclusion into the mainstream society but the universal recognition of their rights and their safety. They are all about challenging the norms and the established institution of patriarchy that domesticates femininity to make it safe to be femme in public, to be desired without people feeling shameful about it, and to simply live without fear.
In their poetry,  Alok is unapologetically honest. They write verses that destroy the practice of privatising certain topics and not discussing them, and the vulnerability that comes due to this censoring. Performance, to them, is a form of vulnerability that people come to witness, to feel, and to see what is real.
A lot of trans people and women, Alok says, are “constantly navigating their way into recognition in the systems that are fundamentally against them.” This is also faced by communities of people that do not identify themselves as ‘trans’. There seems to be an undeniable advantage that is enjoyed by people from a certain social class, a certain caste, and also by the English-speaking population. English provides legitimacy to a narrative in India, Alok says, which means that English-speaking people are more likely to be believed and their stories are more likely to be heard.
Alok also finds the introduction of the concept of the ‘third gender’ to be an insincere attempt towards recognition of all the different communities in the country that may or may not identify themselves as ‘trans’. It is a narrow term that homogenises their struggles and their actions, they feel. The idea of a ‘third gender’ also re-solidifies the notion of two immovable genders – in the process, the ‘third gender’ becomes ‘the other’. The real emphasis should be on making people understand that gender as a concept is not real and is merely a societal construct. Gendering is a violent act as it is holding us back from pinpointing the sources of gender-based violence. These immovable categories only “reproduce inequality and necessitate violence.”

Any form of art produced by sexual minorities and trans artists, among others, is an invitation to other people to experience life as they see it and not an attempt at including themselves into the mainstream. Trans people, Alok feels, are “creating narratives of self, of body, of history, of trauma, of language, that everyone can benefit from,” and that their art celebrates complexity, thus allowing people to be complex as well.
Alok wishes for a world where justice is more important than mere inclusion. The idea of trans people, as we have it today, is them as victims. But, the human condition is that of simultaneity, they say, and not of being victim or victor. If justice for all is ever achieved, the world will become a more favourable place for everybody, irrespective or sexual or gender identity.