#ActiveBengaluru with RJ Priyanka – Geeta Menon, Mary and Chanamma on Domestic Workers’ Fight For Basic #Rights and Dignity of #Labour 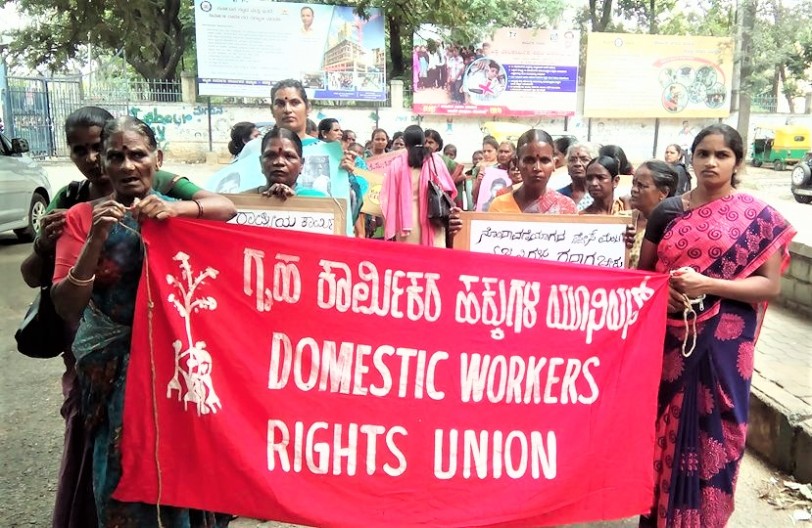 In this interview with RJ Priyanka, Geeta Menon, Mary and Channamma reveal the travails faced by domestic workers in Bengaluru, and talk about the recent protests held at the Karmika Bhavan to raise awareness about these very issues.

Geeta spoke about the domestic workers’ demand for Smart Cards, ration cards, pension payments, scholarship for their children, and health insurance benefits. “They seek equality. We have seen many officials and ministers change but the situation of these workers has remained the same,” she says.

Close to 70 domestic workers had gathered at the Karmika Bhavan to protest about the lack of benefits this job entails. Many letters of requests have been submitted in recent years but there has been little movement in providing these women basic rights, government benefits, and job-related assurances. A lot of money has been allocated for these issues but it hasn’t reached the workers. “These women face harassment, including sexual harassment, at work. They often get no offs, their salaries don’t change to match rising prices. Some of them live far away from their places of work, and even on days when it has rained a lot and their homes have flooded, they are expected to show up for work. How are they supposed to travel on such days? They don’t get money for bus passes even on normal days!”

The specter of trafficking looms large in this sector. A lot of the women who end up working as domestic workers in the city are brought in by one agent, who more often than not, ends up usurping all their money. Some employers further complicate this scenario by lodging false police complaints about theft against their domestic help. There have been instances when these workers have been arrested, beaten, and held for a whole night at the police station, only to be released later with no charges. They get no chance to present their side of the story nor do they get reimbursed for any hospital expenses. The police stations, too, often do not have a female constable present (as is required by the law) while the workers are being held there.

Mary, a domestic worker who started as a teenager and has been engaged in this work for over 3 decades, presented her personal experiences. “Once festivals come by, the workload increases drastically. The number of vessels and clothes to be washed goes up, but we don’t get any extra pay for this extra work,” she says. “Also, the homes we work at are located very far from our own, but we have never received money to pay for the autorickshaw or bus charges.” 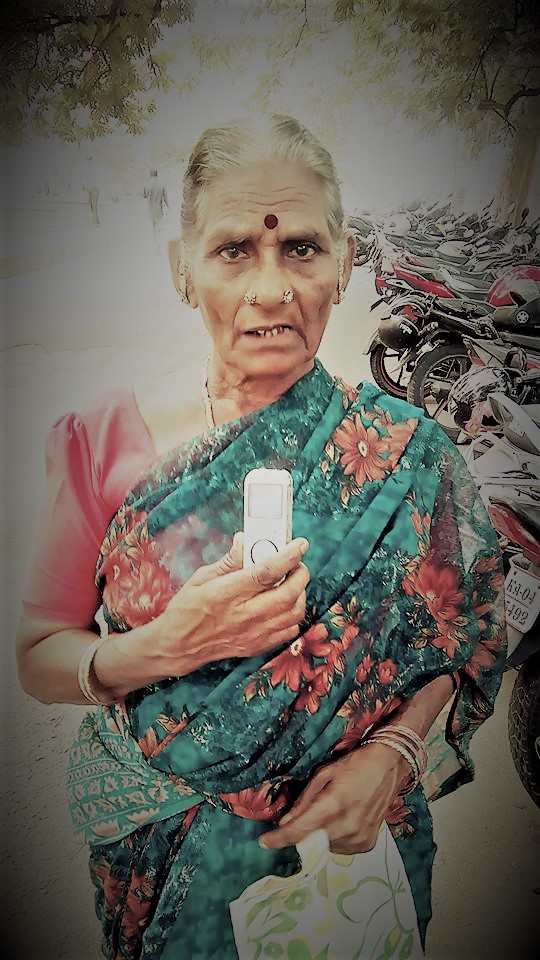 Chanamma spoke about the need for more government recognition and support through ID cards. “The domestic worker unions in the city help us articulate our demands and help them reach the concerned officials. It is good to have these spaces where our problems can be discussed openly,” she says.

Listen in for more on the issue: