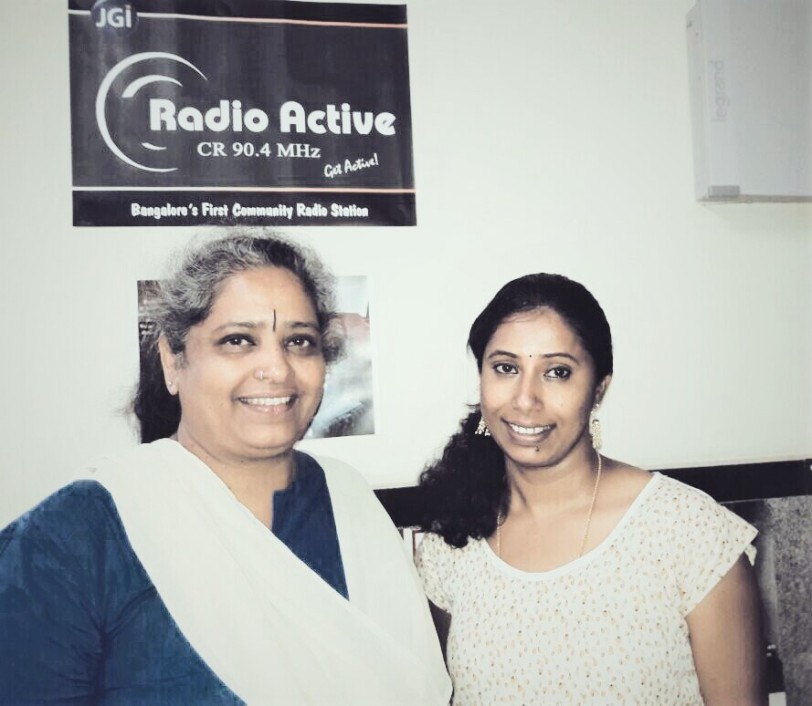 Nalini Shekar fits the title of ‘Active Woman’ perfectly! Born in Shimoga and brought up in Bangalore, she has been working tirelessly to protect the rights of wastepickers and other disadvantaged communities for many years now. She owes her relentlessness and strength to stand up to what she thinks is right to her parents, who remain her role models to this day. She also credits them for having been extremely supportive of all ambitions.
Nalini also harbours a keen interest in social work and working for the benefit of children. She worked in the children’s department while in Pune; she had moved there following her marriage. She also generously lent her time and efforts to rescuing trafficked children.

During this time, Nalini also took up the issue of fighting for the rights of wastepickers. She scoured the waste-worker communities of Pune to identify the people who needed attention and a voice. She found that wastepickers were some of the most neglected citizens in the city. Even in the slums they resided at, they were only allowed to build homes at the periphery. She noticed that they were not given the rights generally granted to all workers and were usually treated very badly in all spheres. Further, the children of these wastepickers were also being subjected to similar treatment.

Nalini decided to take it upon herself to make sure that these workers are given the importance that they deserve. Her attention was leaning towards this community particularly because it was composed of so many Dalit women and children, for whom she had worked earlier and whom she thought deserved a better life. She also championed the cause of compulsory primary education and the abolition of child labour in this community.
All the preliminary collection of waste is now accomplished by wastepickers, ensuring that they don’t have to lock heads with government officials and that there are close to no children picking waste.
Following a few years in Pune, Nalini moved to the US to work. There she worked on the issues relating to women, children, domestic violence, and sensitisation of court judges, among other things. She met leaders like George Bush and Bill Clinton, addressed issues such as human trafficking among immigrants, and visas for female immigrants. Nalini believes that one should work both at the policy and the ground levels to effectively help any community. “The two are not separate from each other,” she says.
On her return to India, she made the decision to move to Bangalore to live with her mother. She soon caught up with the waste management scene in the city and approached a few organisations and workers to gather some support. When she attended a meeting on solid waste management in the city, she noticed that while there was a lot of speculation about the work that was happening, there was no importance being given to the wastepickers over contract labourers. About 600 tonnes of waste is processed by these wastepickers every day but nobody seemed to give any importance to acknowledging the difficult lives that they lead.

With the help of the CHF India Foundation, Nalini has been bringing some changes to the lives of the wastepickers in the city. She has helped bring recognition to these workers toiling outside the government system. Mr. Siddaiah, who was the commissioner at the time, understood the issue and decided to sanction the issuance of ID cards for the workers. This move has now turned into a law at the national level.
Nalini has taken steady steps towards fulfilling her dream of garnering formal recognition and respect for wastepickers and of improving their living conditions.
Her message for women is that, in this patriarchal world, a woman must support another woman like a mother supports her daughter. With this power, she can overcome any struggle. She also believes strongly that all women must put in personal efforts to overcome their struggles.