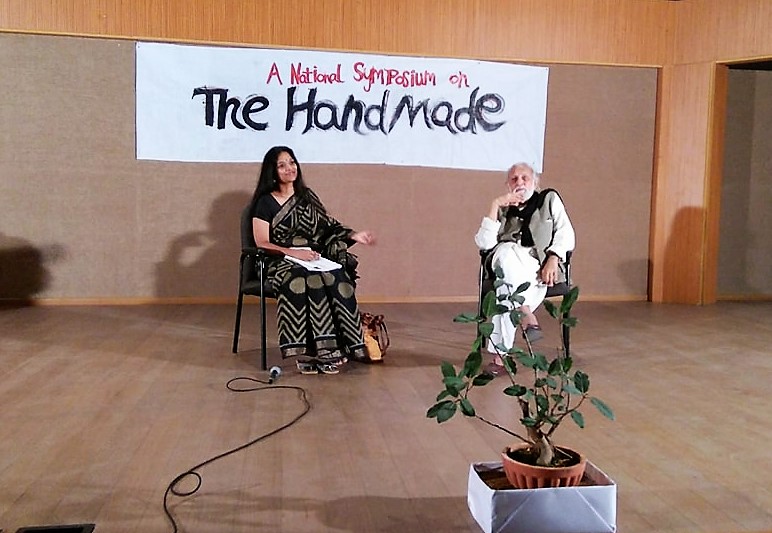 This episode of Active Bangalore features a segment from the recently-concluded ‘The Handmade’, a national symposium that had featured playback singer, TV anchor, and actor, M D. Pallavi, and art and film director, and stage designer, M S Sathyu as speakers.

At the event, both dignitaries shared their perspectives on the effects of technology on the music industry. M S Sathyu spoke about the value of “Naada” in music; he also explained the difference between music being played traditionally using musical instruments and music created with computerised sounds of those very musical instruments, or created on a rhythm pad. “Amplification spoils the quality of sound. Technology should enhance, not destroy,” he mentioned. He is a proud owner of a few theatres in the country which don’t support amplification.

M D Pallavi, on the other hand, said that technology can be, and is, used to preserve precious artwork and masterpieces. M S. Sathyu, however, disagreed. “Pass the knowledge and skills to the next generation and keep the masterpieces alive that way!” He quoted the example of Pablo Picasso’s paintings. “His paintings can not just be seen on the Internet; we need to visit the museums and see the original masterpieces. People are not aware why there is a forward and a backward movement while playing the piano, and why that’s important, because they now play computerised violin music. Art grows only through ‘parampara’ or tradition.”