In this episode, Nagasimha, Director of the Child Rights Trust (CRT), speaks about the reasons behind children dropping out of school, mainly highlighting this trend among female students.

A girl’s existence is questioned even when she is in her mother’s womb. “Today, in many rural areas, we still see girl children dropping out of school because they are expected to do farm or some other work. Lack of bus facilities and toilets in schools add to the problems,” Nagasimha mentions. He also talks about the national Beti Bachao, Beti Padhoa Yojna, and the problem of imbalance in sex ratio. Safe commute during odd hours remains a big concern for girls and their parents, making the latter unsupportive of girls studying or working. 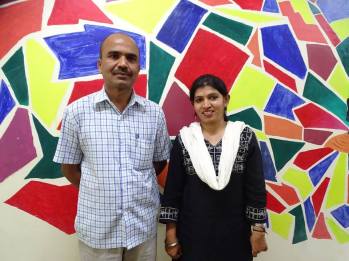 Hemanth from the Asha Ankuran Trust also speaks about drop-out children, especially those belonging to migrant workers’ families. “People often migrate to earn their living, and they seldom pay any thought to education,” he mentions. So Government had initiated Tent school, which will be run near the tents where they are staying. So that parents will also be relaxed about their children. This continued in many places but strength in Government schools was reduced as migrant worker children were not going to Government School. So they thought if these tent schools get closed children will come back to Government school but that didn’t happen and children dint return back and they refused to go to school. As the distance was too far migrant workers refused to send children to Government Schools and that’s where we see a higher number of drop-outs in this section. They are still working on this to reduce the dropouts.
————-

Nagamani, State Coordinator of the 1098 Helpline, speaks to us about the role of the Child Helpline in helping drop-out children, while Kathyayini Chamaraj, Trustee of CIVIC, recalls a drop-out case which is still stuck in court.