The opening night introduced a new segment called ‘Illustrated Talks’. The session that night was titled ‘Learning the Positions: Love, Sex and Feminism’ and featured Nisha Susan of The Ladies Finger engaging Agents of Ishq’s Paromita Vohra in a freewheeling exchange that spoke about women’s rights, public toilet woes that women face, including men in feminist conversations, sexual expression, and more. Paromita, well-known as a filmmaker and columnist, was her usual no-holds-barred, nuanced self, and her more introspective demeanour was balanced well by Nisha’s spontaneity and humour. 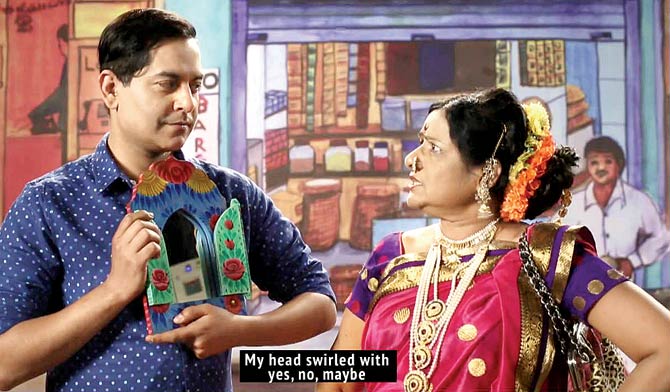 The conversation ended with a music video montage which spoke about love, sex, consent, and pleasure. A more fun conclusion could not have been thought of!
Listen to this episode of Gender Jalebi to get the whole load of the session: