Two frames from Nawa – The Spirit of Atey stuck with me. They showed the young boy’s mother and father separately speaking about Atey’s present and their hopes and fears about his future. Like the whole film, these scenes are not dramatic. They feature neither cliched judgments nor chest-thumping acceptance. The parents speak plainly of their everyday lives when it comes to raising Atey and how they hope for a better world for him as he grows up.

The short film played at the recently-concluded Gender Bender Festival at the Goethe-Institut/Max Mueller Bhavan, Bangalore. Santa Khurai, a gender and sexual minorities activist from Manipur, was one of the artist grantees of the fest this year. Her documentary feature traces the current realities of Atey, a transgender boy belonging to the Meitei ethnic group in the state. In this interview, Santa Khurai recounts how she first came to know about Atey’s story and the acceptance and challenges that gender non-conformity invites within the community. Her film, true to its name, captures the spirit of its subject well – its cinematography conveys both quietude and restlessness, showcasing Atey’s home-life and adolescent conversations outside of the home in its natural rhythm. Atey’s school is also a haven of support, where his distress at being sent a school uniform skirt is respected and the mistake corrected. It is a hopeful film, deliberately made so to capture Atey’s gregariousness and positivity, (‘Nawa’ means childhood’s innocence). 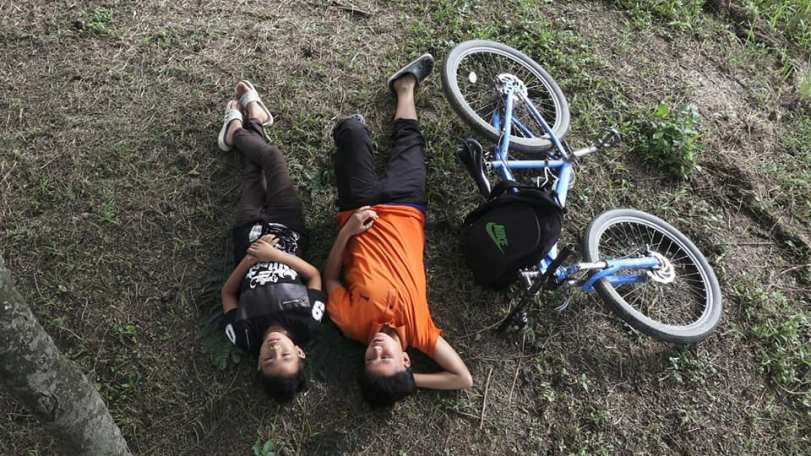 Santa Khurai also speaks about her own journey as a Nupi Maanbi (trans woman) who set out to find her own path. In the 90s, she led a Nupi Maanbi dance team called the ‘Seven Sisters’ and established the first Nupi Maanbi beauty parlour. As an advocate and activist, she has forged an illustrious track record, presenting LGBT concerns from the North East of India in the United Nations Universal Periodic Review in 2010, leading the advocacy team to form the Manipur State Transgender Welfare Board, and more. In this conversation, as always, she is uninhibited about the sometimes painful paths her life has taken, and what plans she has for the future.

Listen in for more!