By Radio Active CR 90.4 MHz October 27, 2018 #bengaluru #activebengaluru #sexulaharassment #communityradio #
Muktha Foundation had organised a seminar on Sexual Harassment at the Workplace (Prevention, Prohibition and Redressal): Law, Procedure and Practice.
The facilitator for the day was Suja Sukumaran, a senior coordinator for Advocacy and Integration support at Enfold India. She is the support person for POCSO nominated by Child Welfare Committee (CWC). She has the experience of being a court-appointed Special Advocate (CASA Volunteer) working with cases of Juvenile delinquents for the organisation Voices for Children in San Diego, US. 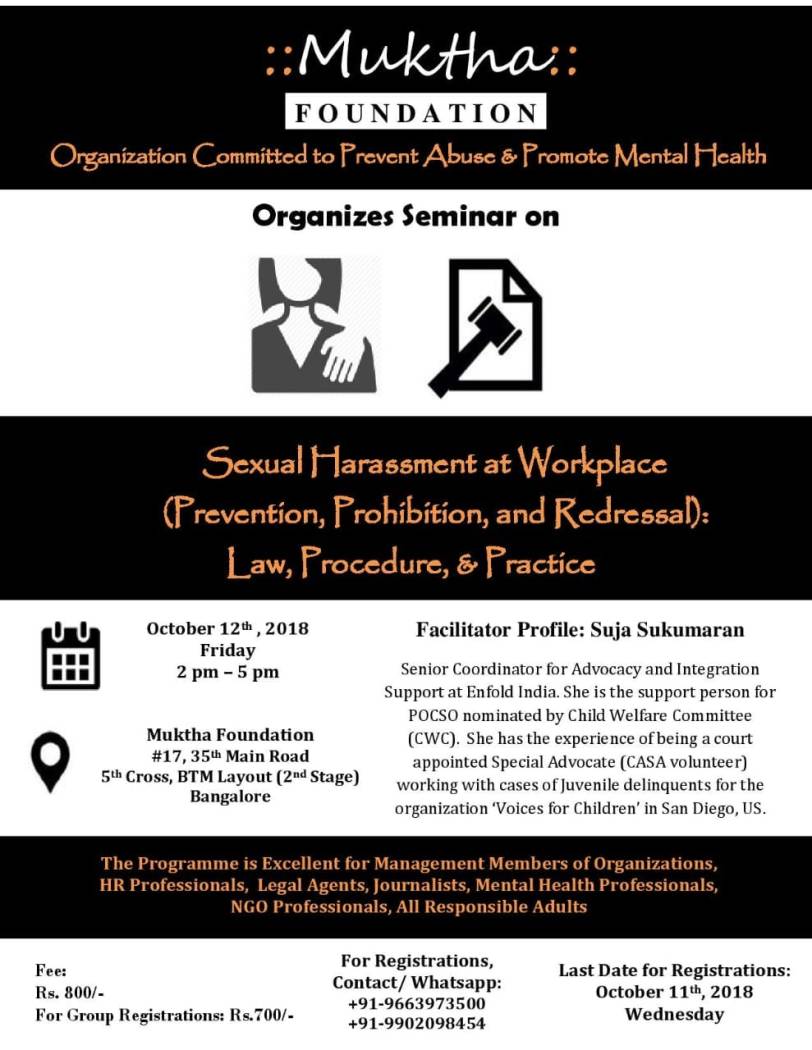 Suja Sukumaran spoke about the many forms of sexual harassment which women have been facing and how as an individual, one should raise one’s voice and speak out on the spot. She also spoke about the recent rise of the #MeToo campaign in India. She said that it has created a platform for women to share their sexual harassment stories. A lot of sexual harassment cases of people from the upper class have been coming out through it. She also highlighted that harassment cases from corporate companies are difficult to resolve. Many companies don’t have a sexual harassment committee set up and if they do, then employees rarely know about them. Few firms use the name of the committee for the sake of using it. It is a mandate that a firm with more than 10 employees should have a working committee.
Many women are warned and threatened to be silent though they wish to open up about what happened to them. Suja Sukumaran also mentioned about cultures between different countries. She also stressed that harassment can happen to men as well.