Sreedhar is engaged in door-to-door waste collection at Hosakere Halli, ward no. 161, but he has been allotted a DWCC at Kumarswamy Layout. The center is at a 5 km distance from Hosakere Halli. He has been receiving five tonnes of low-quality waste like thermocol, mattresses, clothes, and slippers. Out of this, after segregation, 1-2 tonnes of waste is generated and no vehicle usually agrees to pick up this waste. 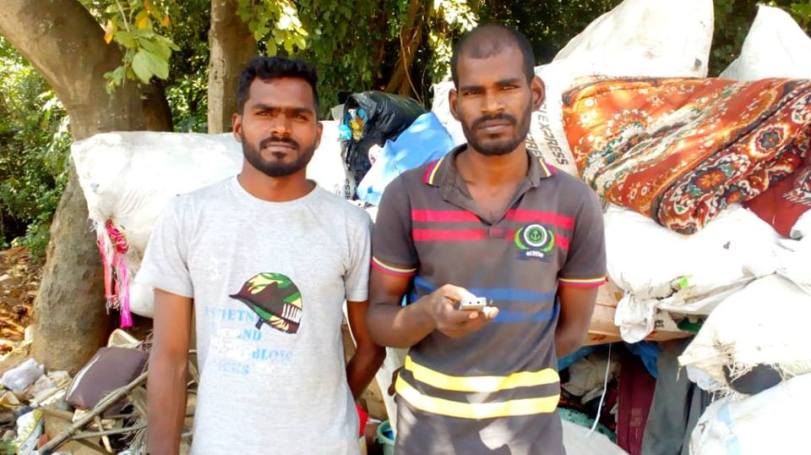 In this interview, Sreedhar also mentions that when the center was about five months old, a few unknown people had set fire to the center’s building and he had lost property worth Rs. 5 lakhs. The center’s current condition is bad – the walls have collapsed on one side and they have tied sheets and are working from the other side. Workers, worried about the remaining walls collapsing on them, have left their jobs. It’s only Sreedhar and Shanmugan who are working today.

Sreedhar is a Medical Engineering graduate and Shanmugan has completed his BBA. To tide over the difficulties, they are getting college students to help with the segregation. Two loads of waste are collected everyday, but even a full day’s worth of segregation is not enough to make ends meet. The BBMP has sanctioned Rs. 5 lakhs after the recent protest at Town Hall. Meanwhile, Sreedhar and Shanmugan sit and work outside the center, dismayed at the state of the building in spite of having spent a lot of money for repairs. 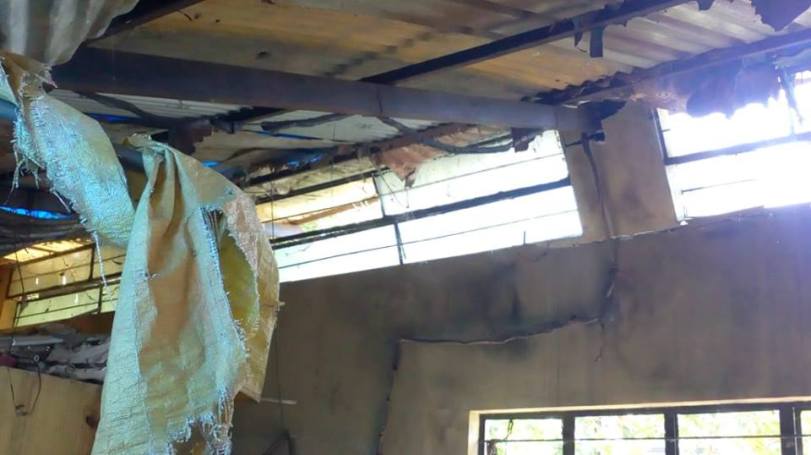 Tonnes of waste continues to lie around the center but the BBMP has not picked it up. Sreedhar is close to giving up and thinking of leaving the center. He hopes that the BBMP can help repair the damages on the building.