Sahaya Single Window Access to Justice for All, Radio Active CR 90.4 MHz and Centre for Advocacy and Research had organised a capacity-building workshop for Para-Legal Volunteers on the roles and responsibilities of a volunteer this year. Five volunteers were selected from Vijaya Mahila Sangha, Swathi Mahila Sangha, Jyothi Mahila Sangha, APSA, Payana, and Sahaya Single Window and their roles and responsibilities were explained. It was specified that volunteers have the right to question anyone in case of dispute, discrimination, harassment, fights, or any legal situations. They can act as middlemen between a lawyer and the complainants who need support for legal services. These volunteers also received ID cards that accord them Para- Legal Volunteers status. 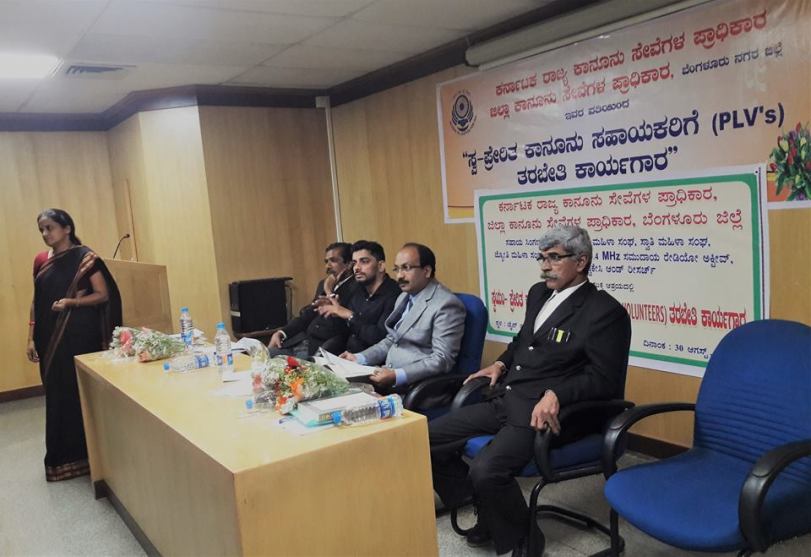 A quarterly meeting of the District Legal Service Authority, Bangalore Urban, with respective departments and paralegal volunteers from Sahaya Single Window, Center for Advocacy and Research, Radio Active CR 90.4 MHz, Vijaya Mahila Sangha, Swathi Mahila Sangha, Jyothi Mahila Sangha, Payana, APSA, Bangalore HIV/AIDS Forum, Milana and Arunodaya was held to review the activities undertaken during the past few months and for the submission of the report to the State Legal Services Authority. Paralegal volunteers who had received identity cards in the previous meeting reviewed their work in their respective communities. The attendant organisations also listed out all their roadblocks. They laid out the concerns of a few sex workers who needed support while dealing with the police and with their families. The identity issues facing transgender persons was also brought up. Jayshankar, Member Secretary, District Law Service Authority, mentioned the roles and responsibilities of Paralegal Volunteers – monthly reports that need to be submitted; identity cards are not to be misused; no voices should be raised against any person; children and women should be provided support no matter what the situation; and lawyers should be committed to providing their clients with the best legal support available. Letters of identity for paralegal volunteers are to be submitted to police stations in the respective residential areas following which the police department and the volunteers can be in touch in any situation. Lawyers can also be contacted anytime for legal information and support. 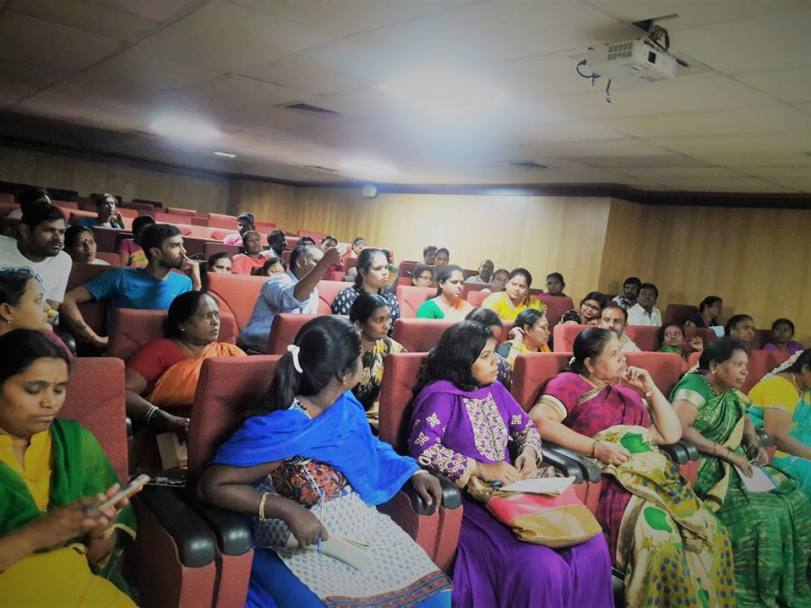 The paralegal is a scheme initiated by the government to help people in distress. First, paralegal volunteers are selected from different communities, like sexual minorities, PLHIV, people living with disabilities, and many more. Then, the Paralegal Volunteer Cards are provided to these volunteers so that they can act as mediators between lawyers and community members who are in need. Lawyers guide the concerned persons by explaining to them what the facts related to their case are. Then, if needed, the case will be taken to court for further proceedings. The government pays the fees of the lawyers involved.

Community-related legal work is, more often than not, a complex undertaking for the lawyers. To share an example, if a widowed PLHIV wants to claim her share of the spousal property, then she will usually be subjected to cruel questions relating to her own mortality and need for property for a short lifespan. In such a situation, paralegal volunteers can interrupt and help make the conversation more dignified and rights-based. Lawyers also help and guide persons before applying for a case. 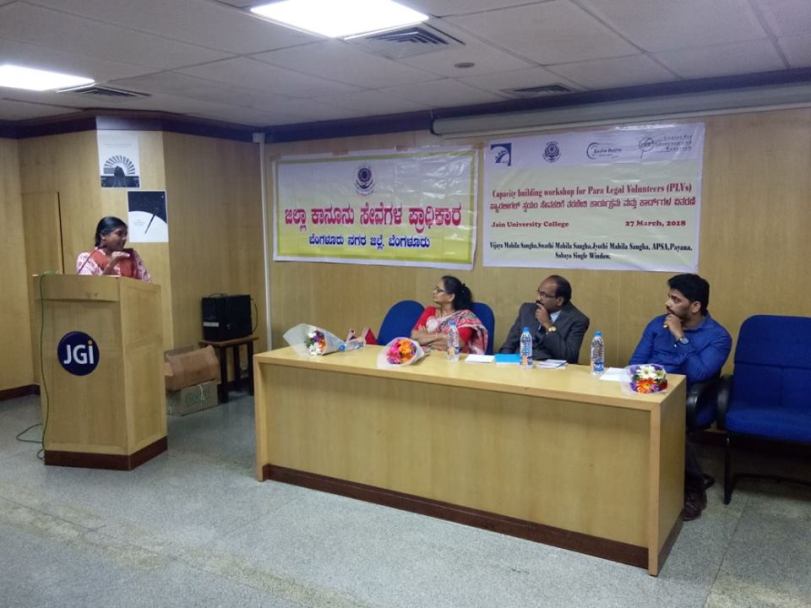 A few volunteers have expressed their experiences of visiting the market with their cards and being accosted by middlemen in Bengaluru who demanded they stop their work.